Want perfect, light and fluffy dinner rolls every time you make them? This easy dinner rolls recipe makes the best homemade bread rolls ever. These dinner rolls turn out so light and fluffy, plus they stay as though they are fresh from the oven even days later. The easy dinner rolls are also called yeast rolls because of the yeast in them which makes them so nice and fluffy. Yeasts, which are a type of fungi, are actually thought to be humankinds oldest industrial microorganism, and that yeast was used before written language. It's been found that ancient Egyptians were using yeast and fermentation to create alcoholic drinks and to make bread over 5,000 years ago even though the process wasn't completely understood. The first yeasts came from fermented flour or grains and from fruit or anything that had sugar in it. They would make something called Leaven which was a soft dough that a small piece could be used to start and leaven a new bread. It wasn't until the 1860s that yeast was found to be a living organism that made fermentation possible. They were then able to isolate yeast to make a commercial baker’s yeast product in the 1900s. Now we can find yeast in packages that can be stored in the fridge to keep them fresh for months and then use it whenever needed. The yeast must be activated though, and this is usually done with sugar and water.

1. This dinner roll recipe would be delicious served with a few yummy soups and stew such as the Grandmother's Loaded Vegetable Soup Recipe. or really any of Grandmother's Soup and Stew Recipes.

2. Pay attention to the instructions on activating the yeast so you activate it properly.

3. If the buns don't brown up nicely on the top, when they are baked turn the oven onto broil, put them on a rack near the top,(but NOT the very top rack) and stay close,don't walk away and stay watching and turning the pan until your buns turn a golden brown.

2 cups all purpose flour + a bit extra for kneading

1. Gather all your ingredients. Add the yeast and the teaspoon of sugar into a measuring cup with warm water. The temperature should be 110 degrees so it activates the yeast. Set aside for 10 minutes.

1. Stir the flour into the water in a small heat proof bowl until there are no lumps. You want to make a thickened pudding like consistency so you can do one of two ways. We put a shallow amount of water in a large saucepan and placed the heat proof bowl with the paste into the warm water and stirred until it thickened. The other option is to microwave the flour water for 20 seconds, stir then do additional 20 second increments until the mixture thickens to a pudding like consistency.

Make the dough: Note: This will be even easier if you have a stand mixer, so go ahead and use that, but if you do not, you can follow and stir by hand.

1. In a large mixing bowl stir the flour paste together into the milk. Mix until smooth.

2. Stir in the egg. Slowly add half of the flour bit by bit while mixing.

3. Stir in the activated yeast. Add the remainder of the flour and continue to mix until incorporated.

4. In a separate small bowl stir together the softened butter, sugar and salt then add to the dough and stir into the dough.

5. Mix the dough together for 5 minutes to combine and transfer onto a flour surface like a clean counter or large cutting board. Knead together to form a ball, using bits of flour to keep your hands and the surface from getting too sticky.

6. Grease a bowl with a thin layer of melted butter, transfer the dough into the bowl and then lightly grease the ball.

7. Cover the bowl with plastic wrap. Set a timer for 1 hour and let the dough rise until it has nearly doubled.

Cutting the dough and rolling the rolls:

1. Lightly coat a clean flat surface with flour. Once the dough has risen, transfer it to the floured surface, and press and stretch the dough into roughly a 8 x 9 inch rectangle. Cut into a total of 12 equal pieces. This works by cutting lengthwise to create 4 long strips, and then cutting each of these into 3 rectangle strips.

2. Prepare your baking dish by greasing a deep glass pie plate or a 9 inch round cake pan.

3. Stretch each piece of dough to about an 8 inch by 2 inch strips. Starting at the short end roll up the dough to form a tight little log. Place into the greased pan with the seam side down. Continue until all are done and you have 10 rolls on the outside and 2 rolls in the center. Loosely cover with plastic wrap and let rise for an hour until nearly doubled.

4. Preheat the oven to 375 degrees F. and when the rolls have risen place into the preheated oven. Bake for 15-20 minutes or until golden brown. Remove from the oven. Brush the tops with melted butter. Remove buns from cooking pan onto a cooling rack for a couple minutes then remove from the pan turning upside down onto the rack then re-invert so the top of the buns are facing up. Serve warm or cold.

The sugar and water is mixed with the yeast and left to sit for up to 10 minutes or so until it starts to bubble up which shows that the yeast is active and will be able to cause the aeration in the bread. It's also why we allow bread to rise. Allowing the dough to rise helps to build the proteins in the bread that create gluten which is what makes bread springy and chewy. Sometimes recipes even call for letting the bread rise twice which creates a finer gluten structure creating fewer crumbs and prevents large air holes. After the first time it rises, you knead it which pushes all of the air out and then it's allowed to rise again.

This dinner roll recipe makes 12 larger rolls but uses a bit of a different process. These rolls are made using a flour paste which is a Japanese bread making technique called tangzhong which brings more moisture into the dough. You'll also find that by using this method, you'll have rolls that stay fresher longer than when using other dinner roll recipes. These rolls use typical bread ingredients like bread flour and water, which is mixed together and then heated which creates a pudding-like consistency. This method is also called a water roux, and it was made popular in the1990s by a Chinese woman named Yvonne Chen the author of The 65° Bread Doctor as a way to make bread stay fresher longer without the need for preservatives.

Tang zhong usually consists of one part flour with five parts liquid which is usually water, milk or a mixture of water and milk. When it's heated, you can use a thermometer to measure to temperature, so you know when it has reached the ideal temperature of 65°C (149°F). You can also keep the mixture in your fridge for a few days and make your bread later, but it has to be brought to room temperature first before adding it to the other ingredients.

This method has been used for hundreds of years which is pretty incredible, so as you're making your own homemade bread or easy dinner rolls using this method, you can imagine all of the people who have used it before you and the developments of the method over time. When your bread rolls are finished, you'll see what a difference this extra step makes and you may want to make this bread recipe every time you make bread, rolls, cinnamon buns and any other homemade bread recipes. 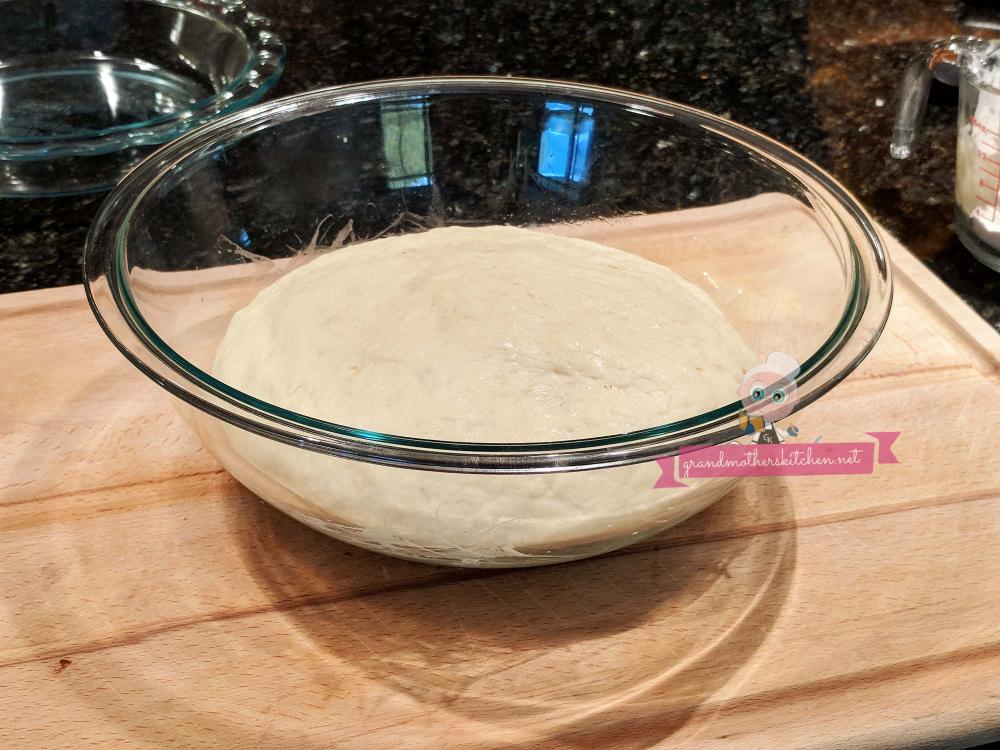 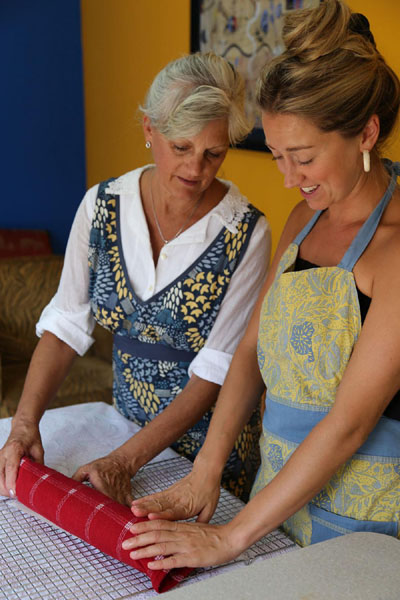 Nancy and Heidi welcome you to Grandmother's Kitchen 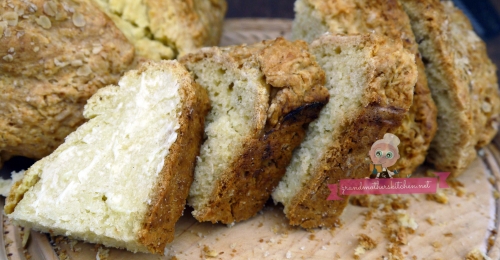